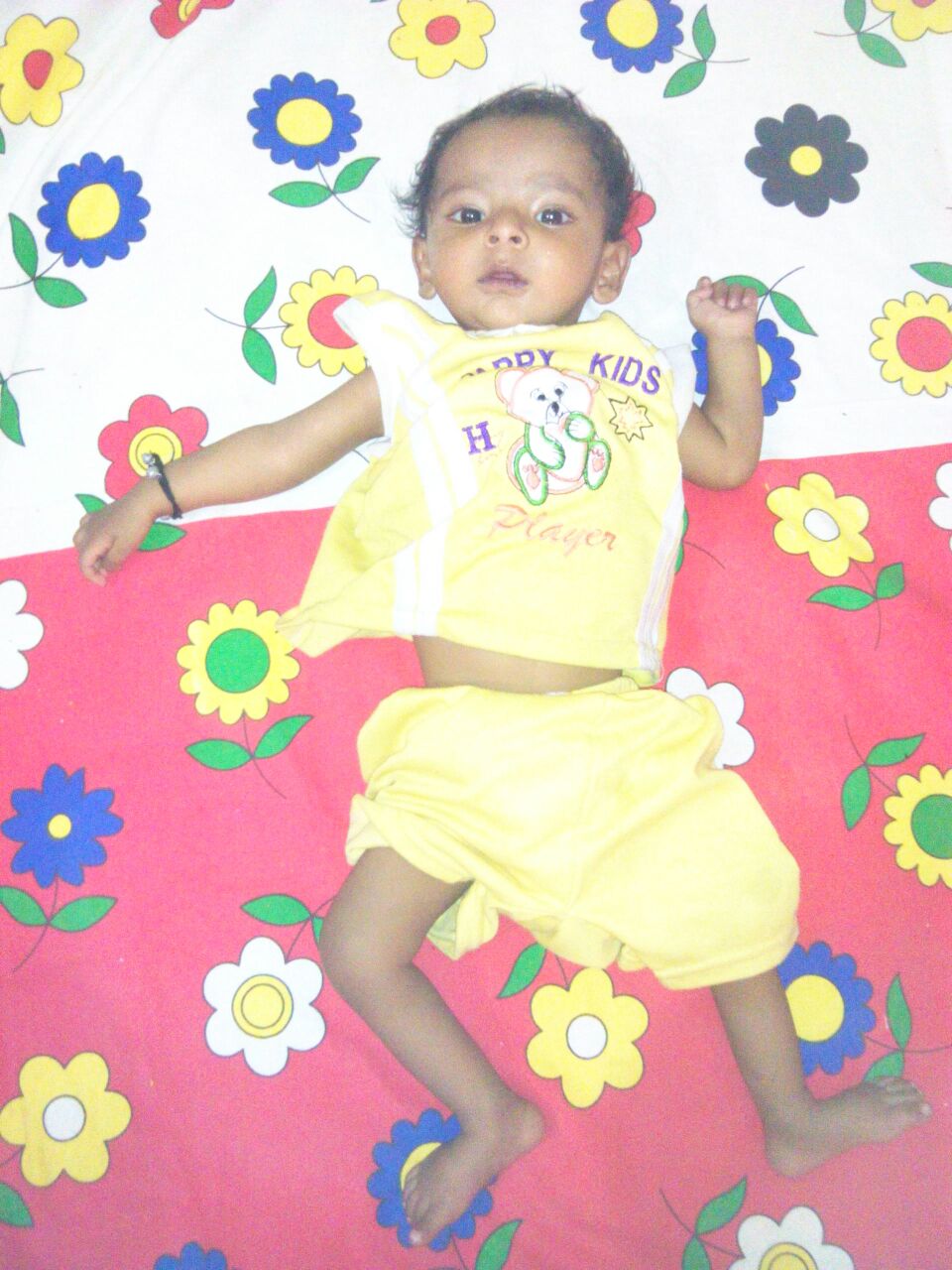 Update May 31st, 2016: We have received all remaining funds for Baby Azmat. He is going through surgery today.

Baby Azmat Ali is a 7 month old boy, who had TAPVC, an abnormality in which oxygenated blood pathways are obstructed leading to breathing problems for baby early on and could be fatal, if not treated.

Azmat Ali comes from a poor family with his day working as an Electrician earning Rs 10,000 (USD 150) a month.

DFYUSA raised Rs 50,000 ($725) funding for this case. The treatment took place in Artemis Hospital in Gurgoan.

More information about the disease

The cause is unknown, but this abnormality starts to show very early especially with breathing problems and blueness. The only solution is surgery, and not getting it done in time could be fatal.